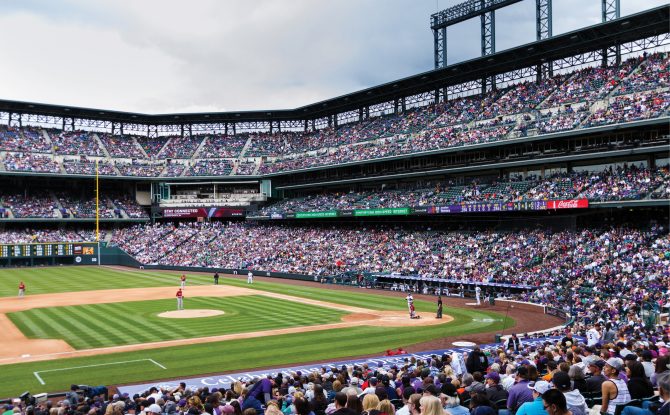 Take Me Out to the Ballgame: An Inside Look at MLB Sponsorship

From bobbleheads to tires, Major League Baseball is knocking it out of the park with sponsor integration. Viewing ratings are down, ballpark attendance is down, but sponsorship revenue continues to grow, up 5 percent in 2018 to $938M, according to Statista. While the league doesn’t generate as much as the NFL ($1.39B), MLB is extending beyond the usual sponsorship assets to find more ways to match brands with the sport and fans. With the season is in full swing, Caravel is showcasing some of the clever ways MLB is niching, segmenting and showcasing some of its 34 official sponsors.

Attendance is down in the U.S., but there’s fan growth in Asia. MLB has found big ways to integrate sponsors interested in global markets. New to the 2019 pre-season was the MGM Resorts title sponsorship of the MLB Opening Series in Tokyo, Japan featuring the Oakland A’s and Seattle Mariners. MGM’s partnership includes fan activation around the stadium and logo inclusion on the A’s jerseys. Hankook Tire’s partnership includes official tire for both U.S. and South Korea, along with exposure at the League Championship Series and World Series.

Diehard team fans can now display their loyalty beyond the T-shirt or jersey. This season, UNTUCKit launched its partnership with their MLB Signature Series shirt collection, which features one of eight team logos on the sail of the shirt. Starting in 2020, Nike will become the official uniform and footwear supplier, replacing Under Armour as uniform provider. This extends to fan apparel as well. It’s not that Nike hasn’t already been part of baseball—they have over 500 major league players under contract. The 10-year agreement expands integration of the Nike brand and includes an official designation as sponsor of MLB’s grassroots initiatives.

Slicing and dicing of key categories

Carving out different segments within a popular category like beverages isn’t new, but MLB has found a way for Snapple (owned by Dr. Pepper), Coke and Pepsi to all play in the same sandbox and stand out in their own ways. Snapple screams summer and baseball and is known for printing facts and statistics on bottlecaps, so adding baseball quips is a no-brainer. Snapple found a way in through newly created MLB Official Tea and Juice Drinks. Look for activations at retail. Coke took over from Pepsi as the official soft drink last year, yet Pepsi kept a presence with Gatorade as the official MLB Sports Fuel partner.

Winter is coming in spring

I may be the only person who hasn’t seen Game of Thrones and even I love this partnership! To celebrate HBO’s final season premiere, all teams had an official MLB Game of Thrones Bobblehead of a Night King and Ice Dragon, with mascots on an Iron Throne. This partnership has been going on for a few years, but it was the first time all teams had a bobblehead and the public could buy them on the National Bobblehead Hall of Fame and Museum’s online store. Yes, there really is such a thing.

YouTube TV aligned its streaming services with the most fan-frenzied time during the baseball season—the World Series. Not only are they presenting sponsor, they’ve used live video footage and incorporated it into ads. YouTube TV is creatively integrating its technology, appealing to younger audiences, associating with up-and-coming players and expanding the MLB Network to its streaming options to complete the partnership. And T-Mobile Tuesday is the next best thing since Taco Tuesday. Those who use the carrier can watch MLB.TV Premium for free each week. T-Mobile’s sponsorship also includes naming rights of the Home Run Derby during the All-Star week of events and the Little League National.

About the author: Michael Kithcart is the chief strategy officer of Caravel Marketing. Throughout her career, Michael has transformed organizations, created divisions, organized start-ups and enhanced the effectiveness of individuals and teams. She is a leader in working with organizations to develop strategic initiatives that meet and exceed sponsorship sales goals.